2005 Nissan Xterra
Joined 10 mo ago
·
476 Posts
So some of the regulars here know I got another Xterra, another one with SMOD damage so I'll be rebuilding the transmission for a new project and transferring most of the body armor from the other one over to this one. This will be my thread going from start to finish!

For starters, I drove it around today and it drives good except.... it doesn't ever get out of first gear so there is definitely some valve body issues from the SMOD. In the meantime I started on some easy things like finding out what that noise is when I turn on the A/C

2005 Nissan Xterra
Joined 10 mo ago
·
476 Posts
going to call a company tomorrow to make sure they are real, but if they are I'm getting the titan front end suspension swap kit!
D

2005 Nissan Xterra
Joined 10 mo ago
·
476 Posts
Went on a wheeling trip Friday night up Union Springs/Flagpole Knob. Got stuck a few times but was able to re-establish a line and get up some rocks. Also went through some pretty deep ass streams since it was raining its ass off. Has made me decide to do an electric fan swap. Glad I have my old old radiator from the first Xterra, I can mock up an aluminum shroud and figure out how many fans to put in there. Most of the Titan kits I've seen are dual fans that go on stock radiators, so I think dual fans on an aftermarket 2-row aluminum radiaotr should be good as long as I get some strong puller fans.

Some sage advice from @RacerXXL:
Why he did it:

Need help with a couple things I found

I bet that was one of those "Oh S%#@, I can't believe that just F'ing happened!" moments. The look on both your faces was epic I would imagine. Hahahaha!!! You have no idea. I spent a large portion of my adult life working in professional motorsports as an engine builder and chassis mechanic...

Picture of his setup:

Need help with a couple things I found

Hello all, newbie here so if I'm doing something wrong on the forum just tell me. So I'm working on a 2001 SE 2WD, 3.3L V6 Xterra we bought for my step daughter. I'm in the middle of the tear down and replacement of the value covers. It sounds like that is a common thing. I've been watching all...

My twins just before attaching them to a pair of ¾" square tubing that I bolted to the body. They work well, just loud. Yep, no shroud, just fans. They are about ¼" to ½" from the fins, and I now have an SC radiator ready to install (just like @RacerXXL has) when I do the t-belt service later this month or next.

2004 Xterra XE 4WD Auto 3.3L NA V6
Joined Aug 3, 2020
·
2,346 Posts
Since messing with the instrument cluster recently, which means that I pulled the needles off and didn't get them back just right, I've been using my ODB to watch live data. That includes the coolant temps.

While driving, the temp stays between 186 and 194, never higher, and is more often between 190-192. This is with the stock radiator and only one 12" fan allowed to turn on via the sensor.

There is also a 14" pusher that came from my 2001 before I put it up for sale. It is mounted in front on the left (driver's) side of the AC radiator. It runs if the AC is on, or if I turn it on manually. When I turn the 12" fans off and turn on the 14" (with or w/o AC on), the coolant stays in the same range. The nice thing is it's quieter, which is nice in a drive-thru. It's not controlled by the coolant temp sensor, so I have to turn it off if it's not needed.

Because they make so much noise, I expect that eventually they will grow into 14" fans that will be quieter or they'll be returned until I find some that are.

2005 Nissan Xterra
Joined 10 mo ago
·
476 Posts
I was thinking 2 different sized ones, a smaller 10 and a larger 14. Having the 10 come on at a lower temperature and the 14 at a more normal higher temperature. I also run the beefy 2 row radiators which work great. by chance could you take a picture of your pusher fan for the condenser? neither of mine have one, maybe its only a gen 1 thing since mine are gen 2?
D

2005 Nissan Xterra
Joined 10 mo ago
·
476 Posts
looks like behind the bumper this may have been in a front end collision, doesn't matter since the frame appears to be intact and all this is going away with the transfer of off road parts. Titan front end swap has also been ordered!

DickyDck said:
I was thinking 2 different sized ones, a smaller 10 and a larger 14. Having the 10 come on at a lower temperature and the 14 at a more normal higher temperature. I also run the beefy 2 row radiators which work great. by chance could you take a picture of your pusher fan for the condenser? neither of mine have one, maybe its only a gen 1 thing since mine are gen 2?
Click to expand...

Here's what it looked like while still on the 2001 while I was replacing the t-belt, both before the accident and after, with the 2004 next to it.

Behind the grille of the 2004 while it still had the stinger bumper:


Bumper cover in the process of being installed:

2005 Nissan Xterra
Joined 10 mo ago
·
476 Posts
I wonder why the gen 2 stopped using a condenser fan, I feel like it would only help with cooling and A/C

In mid-model year 2001, Nissan had dealer techs remove any AC pusher fans from unsold stock and return them to Nissan. I forget the numbers, but basically they found that the fans were used less than 5% of the time that the AC was in use. They were controlled by inputs from the AC, road speed, and other data to turn them on only when needed. So the 2001 that I got with one on it was sold before they were cancelled.
D

2005 Nissan Xterra
Joined 10 mo ago
·
476 Posts
oh yeah, I have a bottle of headlight coating I used on it after buffing, much cheaper than getting a restorer kit that gives you some presoaked cloth with the stuff. 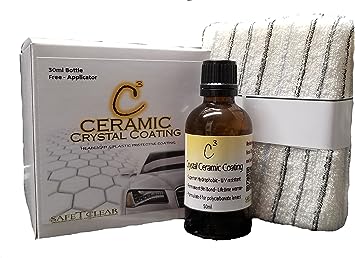 I am handy enough to make it work but it is not a quick and easy task. Fortunately I have a part Xterra I am testing it out on before putting it on the new X. The lower piece does not conform to the fender as expected. Googling images of a Navara the front fender is indeed contoured differently. I will be cutting out sections and plastic welding them back shut to conform to our model.
D

2005 Nissan Xterra
Joined 10 mo ago
·
476 Posts
So as I was under x#1 this morning looking at things, the leaf springs caught my eye. I bought shackles to lift this when I acquired the vehicle, and now that I looked at x#3 closer #1 had add-a-leaf springs on it. The previous owner must have out these on. Guess I’ll be transferring these over to #3 when I have it ready!